Doomsday preppers, or survival preppers as they are often known, is a group of people who believe in making sure that they are prepared for the worst possible event which the world could throw at them. These men and women are prepared for just about everything and for a long time they were mocked for it. Rising S is a company that makes survival shelters and if you look at Rising S Company reviews you will see a common theme being discussed right now, which is ‘we told you so’. The reason for this of course is that the events of 2020 are beginning to prove them right.

If you had told most people this time last year that the world was going to be on lockdown owing to the outbreak of global pandemic which came about because of the way in which civet cats were being handled in Chinese wet markets, you’d have probably suggested that the person telling you and lost their mind. One group of people who most certainly would not have been surprised by this are those who have been spending their lives prepping for something of this nature. Now whilst you may sit there and think that the pandemic hasn’t forced us into survival mode, it has certainly shown us indications that a far worse pandemic could come along and have an even greater impact on our way of life.

The United States may be called the land of the free but right now it is being held to ransom by a huge amount of people who are looking for damage and destruction. Whether or not people are genuinely protesting for changing or if we are just seeing the rise of the extreme left and right is yet to be seen, what we do know, however, is that there is lawlessness on many American streets. Once again if someone had said last year that there would be riots of this nature threatening homes and properties around the country, you may not have believed it, the preppers, however, they are ready for whatever comes to pass.

Whilst these men and women are certainly looking to prepare for eventualities such as a nuclear attack or an alien invasion, they are also preparing themselves for the behavior of other humans in such an event. We saw within the first week of this pandemic just how selfish people can get when they believe that they are getting into survival mode, and the behavior of so many shoppers for example was proof of this. Preppers understand perfectly that when things get tough, it will be every man for themselves and that is why they are more than happy to ignore the masses and settle in for the long haul with everything that they have prepared.

As it turns out, this group of people may very well have had the right idea all along. 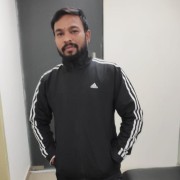